Vadim Skopintsev is still here 👋 I'm a co-founder at Pixiko.com - online video editor and maker and Zexler.com - digital advertising agency. It is a project which we have made inside Zexler advertising agency for marketing experts and SMM specialists from marketing experts and SMM specialists 🤩 Pixiko helps to edit and create cool posts, ads, stories and other video content quickly, free and without download.

I’ve written about Pixiko here and here a bit. However, I didn’t tell you about the project in detail and especially about our history. This article is aimed at filling a gap.

Try it in Editor!

How the idea struck us

We solve a lot of questions about video and animation creating and editing in our Zexler agency. They are social media posts and stories, advertising solutions, our clients’ videos editing (trimming, subtitles, thumbnails, branding etc.). There are a lot of tasks and most of them appear spontaneously and with a warning “should be done yesterday”.

The first step is always troublesome, or how we fell down on the job

The first idea was really magnificent 😎 That’s why it failed. Actually, it was not the real reason. Thus, we decided to make creatives (animated and static ones for different aims and formats). We plunged into learning different solutions on the bases of templates (like Canva and so on) and understood that it was not a convenient format. When a user chooses a beautiful template and tries to add his/her image and text, this template becomes not so beautiful. So, the user tries another one and does the same. As a rule, the result is not as good as expected.

We thought that it’s better to give users another solution: he or she should upload images and text -> press “PREVIEW” -> all user’s files are added to templates and he/she scrolls and chooses the most appropriate one. The idea looks the bomb 🤑

We hurried to develop. Everything was all right but at the beginning we made one or even two fatal mistakes. We didn’t develop our own editor and directed generation just to a server.

We had to program almost every template without developing our own editor. It took a lot of time. It was difficult, uncomfortable and expensive. So, it was not a good idea.

Generation on servers didn’t show users the result of their projects on browsers. Users saw generation “waiting” and didn’t understand when it finished. It was not good, especially at the beginning of using our service. The fault was that users didn’t see their creatives immediately and were waiting for generation.

So, we decided to remake everything. You can watch a video with our work here (our concept begins somewhere in 35 sec).

The second approach was more reasonable. We decided to do everything step by step. The first one was developing an editor, the second one was creation of templates and then templates autocomplete.

At the same time, we remembered that we are all in advertising agency and can promote in a good way 🤠. That’s why, while developing, Pasha Shulga immediately analyzed competitors, built a semantic core, clustered queries; Tanya Nikolaeva prepared articles; our programmers developed a website according to SEO recommendations and added articles. We began to promote our product in such a way.

According to MVP Pixiko must have the opportunity to add text, images, audio to a video, trim and join videos. Everything should be realized on a browser rapidly in order to see a result in seconds. Besides, video rendering should be carried out on our servers.

We decided to offer users to remove our watermark from videos by subscription or a fee for one video as monetization of our project. There was about 1500 web traffic per month by launching our product. It allowed us to test hypotheses concerning cheap traffic. Being serious guys, we set a price from a business model and began to wait for payments. However, payments weren’t made while all ways of payments worked and generation also worked well. Then, Dima Karpinsky, our co-founder and production director, offered to reduce our price to $0.89 per one video. Phew, we began to get payments!

The traffic began to rise and payments too. We continued to add new functions and opportunities, tested the hypotheses. Step by step we reached technical limits of the editor which were set according to MVP.

Certainly, the design of the editor was not catching at first. It was utilitarian and made for technical tasks in a hurry. However, there were also technical reasons.

We understood that current browser editors actually do not work with graphic elements or apply them to a whole video. They cannot offer a lot of text and image animation, especially a possibility to combine all of them. However, this opportunity may allow creating really cool, crazy and individual video content. We had an intention to fill the gap between browser sloth and desktop leopard 🤪 Moreover, different templates can show it perfectly.

Diana Zaytseva, our head of the development department, began to work hard at interface designing and had developed a really friendly design which was approved by users without any tutorials. The design was made according to every wish for our future editor.

Our development team had introduced a powerful system which allows applying different graphic effects for videos and images (Glitch, BW, RGB splitter etc), animation text effects (flying, printing and so on), graphic effects for text, transitions, masks and time effects (speed up and down with dynamic speed changes), reversing, loop and so on.

All effects can be applied one after another or simultaneously on a certain period of time or a whole video, image or text. Looks really cool. Users began to overload our servers by applying a great number of effects to their projects, and their final files turned into very heavy ones because of hard processing of such effects as Glitch and other ones with color correction.

Text effects led to payments two times more than earlier. Moreover, those users who passed by heretofore, began to pay for such features as graphic effects with their promotion.

Now our aim is to develop and develop 📈 We are going to attract our own audience with friendly attitude to our product. We gave little attention to storytelling but it is really enhancing. Our first steps on Indie Hackers, Designer News, Reddit showed that Pixiko and our team approach are interesting for people. They communicate with pleasure, use our service and offer different ideas. I will tell you about our publications in the next article.

Certainly, we are going to improve our editor. Now, the main tasks are the following:

Thanks a lot for your attention 🤠 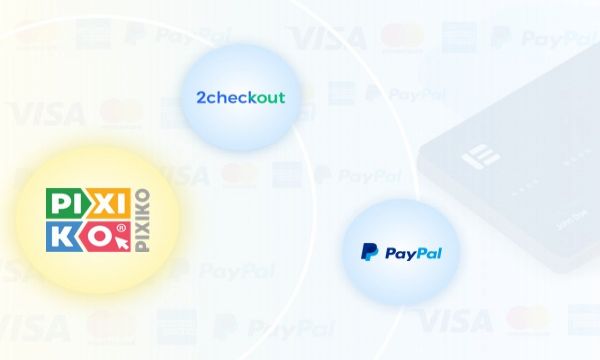 How to accept payments worldwide and how much it costs 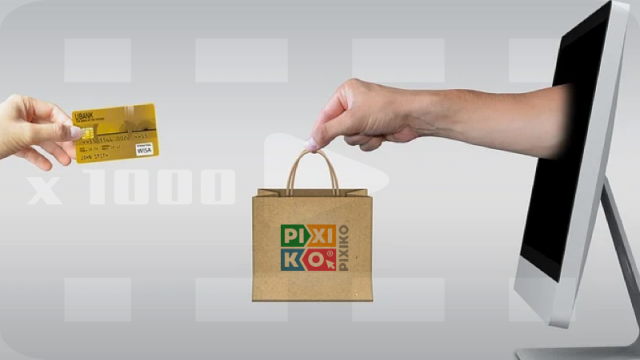 Once upon a time… in Pixiko: How we received the first 1,000 payments